In recent years Lindner Washtech GmbH has evolved into a technological leader in the field of PE film recycling, now with over 50 washing systems installed worldwide. Many new developments such as the patented pre-washing system Rafter have set new standards in the industry and are now an integral part of every Lindner washing system. 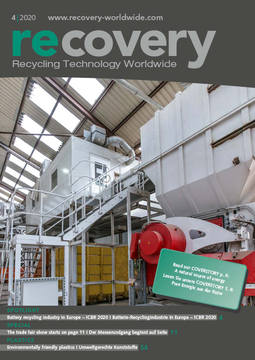 Three years have passed since the last K, the worlds premier fair for the plastics and rubber industry, and everything has changed. Apart from the media attacks on plastic products, the industry...

Every year, the summer sun, sea and sand attract growing numbers of tourists to the European island state of Cyprus. In addition to great sales for the tourism industry, they also generate steadily...

The circular economy and the growing importance of plastics recycling under the umbrella of climate protection are key topics at Octobers K in Düsseldorf. Undoubtedly, there has been an upswing in...

The first large-scale plant for the recycling of heavily contaminated PE film waste has now started running in Germiston South, near Johannesburg. Delivered by HERBOLD MECKESHEIM, the plant can...

A multitude of different configuration options make Lindners mobile shredders and system solutions the perfect choice for universal waste processing. The company will be demonstrating just what is...