To prevent a false sense of security, the system is equipped with a back-up safety system in case one of the sensors fail. It can run with just one functioning sensor but will give off a warning signal. If both sensors fail, the plant will stop completely. The FOD system can detect both small and large metal objects and stones, and the sensors can be adjusted to meet specific customer demands. “We are currently developing the system for other types of input material too, e.g. cables,” Mr Kjær says. “The plan is to start testing with a customer soon.” 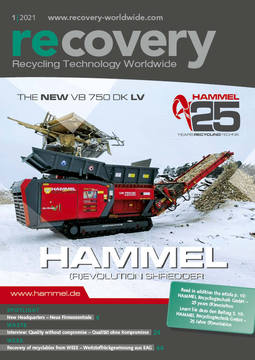 2018 was the year of recycling

Danish manufacturer of recycling equipment ELDAN Recycling A/S achieved the highest turnover of its 62-year history in 2018. A result enabled by global regulatory changes in waste management and well...

OptoSort GmbH, a company specializing in sorting rock, offers its developments as new solutions for sorting construction waste and other waste materials like plastics and glass. Sorting is performed,...

To recognize such fire developments in time is essential to maintain the working ability of recycling companies. For many years, Reif GmbH  Innovative Safety Systems has been working with companies...