Eriez® President and CEO Lukas Guenthardt announced the company has selected Eric Adams to serve as Managing Director for the company’s newly established Eriez Deutschland GmbH, based in Recklinghausen/Germany. In his new role, Adams will lead efforts to increase Eriez’ presence throughout central Europe, including Germany, Austria and Switzerland.

Adams will report to Eriez’ Vice-President-International Jaisen Kohmuench. “Eric’s three decades of experience in technical sales of capital equipment has been integral to the ramp up of Eriez-Germany,” says Kohmuench. He adds: “Eric is already proving to be a tremendous asset to the company, and we are fortunate to have him on our team.” Adams started his career as a sales engineer supporting deep drilling and mining support systems. Recently he served as General Sales Manager of Steinert Elektromagnetbau and then Managing Director of H+E Logistik, a subsidiary of Herrenknecht AG, a manufacturer of belt conveyor systems for tunnel construction. 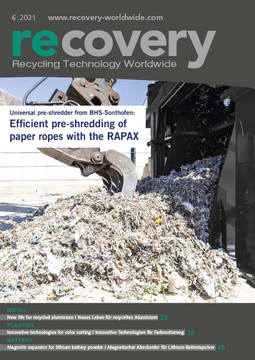 Industry-leading manufacturers, Eriez Magnetics Europe Ltd, mark its 50th anniversary this year. From humble beginnings has emerged a company who now has a strong customer base and can proudly boast...